Why are Sikh women prohibited from wearing a veil?

“s. It is not proper for a Sikh woman to wear veil or keep her face hidden by veil or cover.”

There should be differentiation between a veil and hijaab. A veil is that which covers the face and body. The hijaab is like a headscarf which covers the head, but leaves the face visible to see. The Qur’an requires women to dress modestly and cover their body and head. The practice of covering the face with a veil is an ancient Arabic cultural practice which has been adapted by Islamic culture (but not instructed in the Qur’an).

Guru Amar Daas Ji, the Third Nanak implemented the hukam that no woman should enter the Gurdwara wearing a veil over her face. Guru Ji refused an audience with a Hindu queen until she had removed her veil. Kanwaljit Kaur Singh writes in ‘Women in Religion’ writes ‘the purdah (veil) system suppressed the personality of women and reflected their inferior status’. The point should be made that the veil is only used to cover the face of women and not men.

Guru Ji gives us a very simple but very important hukam to both men and women in regards to wearing clothes:

So the individual Sikh should evaluate and wear those clothes, which are good for his or her health and body and don’t fill the mind with evil thoughts. This applies to all Sikhs. Aside from this, all Sikhs are to wear their articles of faith, the panj kakkaar (five K’s) including turban. This applies to men and women. 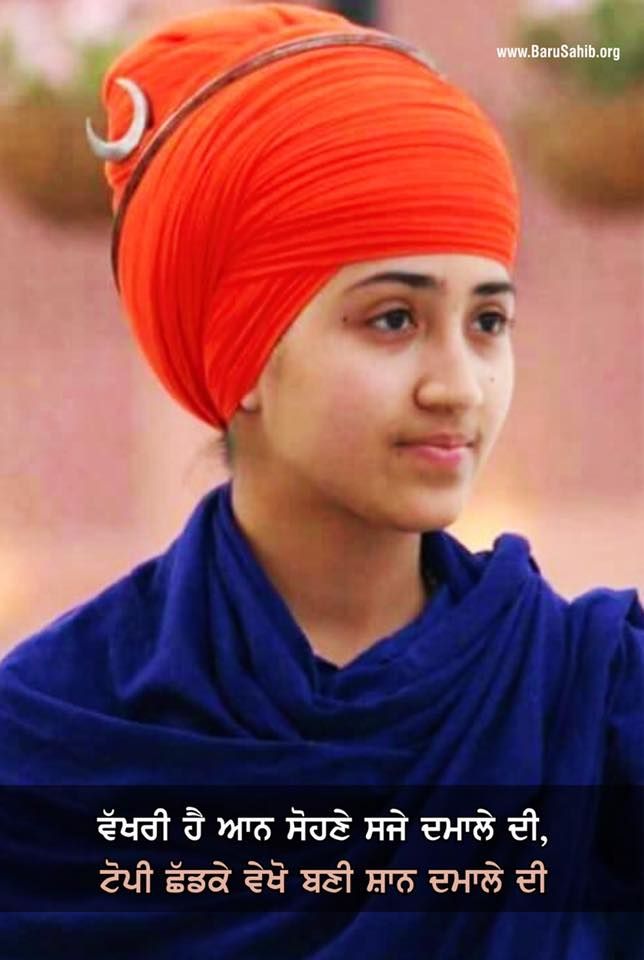