God and his Universe

What is the Sikh view on life on other planets?

More than 500 years ago Guru Nanak Dev Ji, the founder of the Sikh faith, said that there were countless universes and galaxies and that God’s creation could not be measured. Sri Guru Granth Sahib Ji, the Sikh scripture, describes God as:

There is a story in the Sikh tradition of Guru Nanak Dev Ji’s meeting with a respected saint, Peer Dastgeer of Baghdad, who insisted that there were only seven heavens above the Earth which contained the sun and moon.
Guru Nanak Dev Ji explained his position that there were, in fact, countless planets and galaxies. 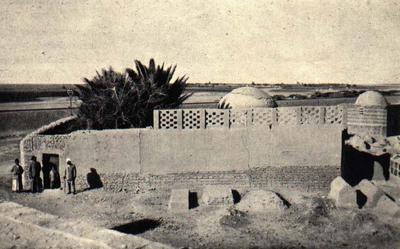 Guru Nanak Dev Ji explained his position that there were, in fact, countless planets and galaxies.

Indeed, if there are countless universes and planets, then the odds would certainly suggest that at least some of them do have “intelligent, ethical life.” The fact that Guru Nanak Dev Ji brought a bowl of sacred food from another planet provides evidence of this.
ਜਲਿ ਥਲਿ ਜੀਆ ਪੁਰੀਆ ਲੋਆ ਆਕਾਰਾ ਆਕਾਰ ॥
“There are beings and creatures in the water and on the land, in the worlds and universes, form upon form.”
(Ang 466)
Many of the world’s greatest scientists, including Stephen Hawking, have also come out clearly in support of the belief that life exists beyond this Earth and may in fact be “common.”
While thinking about extraterrestrial life and dreaming about journeys into outer space is interesting, I’m not sure it has many practical implications for our day-to-day lives. Humanity has an abundance of issues to deal with on planet Earth before dealing with life on other planets.
In the Sikh faith, while it is acknowledged that creation is boundless, the focus is on seeking God within and practising the principles of compassion and kindness in our lives.
The true search is not the one that takes us into outer space, but the one that takes us within ourselves to realize and experience God. That is certainly a much more practical journey to be reflecting upon.