What is the Sikh attitude towards using one’s surname or family name?

Any form of caste is rejected and condemned in Gurmat. If anyone uses their surname to promote their caste and show others that they are superior than someone else, this is condemned.

Nowadays, the surname (in Panjabi called “gout”) is used for identification. Previously people used to identify themselves using their father’s name. For example, “Sukhbir Singh s/o of Parkash Singh”. This would traditionally be followed by the village name. Therefore, one could be easily idenitified and traced.

However, the British or Western system and structure does not use the system of using father’s or grandfather’s name for identification. As a result when people came to the United States, Canada or Britain, they began to use their family names/surnames in their name to make it easier to identify oneself when a lot of other Panjabis or Sikhs have the same name.

But, when addressing oneself or when identifying oneself, especially in the Sikh community, one must not stress or emphasise the surname/family name/gout. Better still is to avoid using the surname. “Singh” or “Khalsa” is good enough. However, if someone uses a surname for the purpose of identifying themselves rather than intentions of promoting caste discrimination and superiority, this seems fine to me. 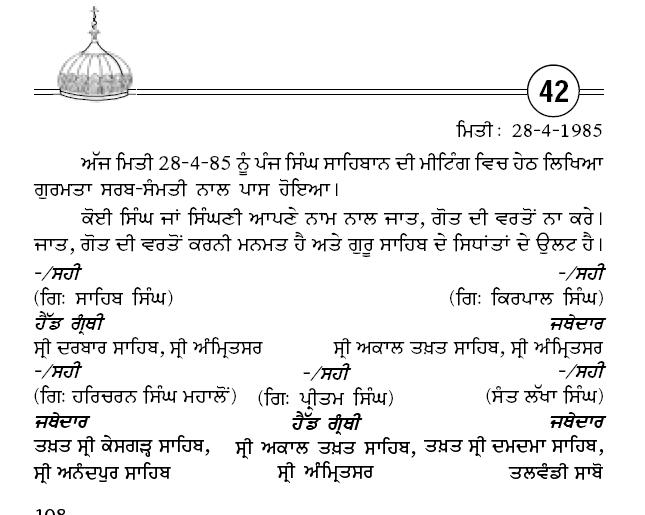