What do you know of the Gurdwara Reform Movement?

Towards the end of the 19th century, the Sikhs felt a need to recapture the glory of the Sikh faith by following its traditions. The Singh Sabha Movement had earlier prepared the ground for a revival of the Sikhi. Many of the old and historical Gurdwaras were under the control of the Mahants – professional priests. They used the offerings and income for their personal use. The aim of the Gurdwaras Reform Movement – Akali Laher was to liberate the Gurdwaras from the arbitrary control of Mahants and to bring them under popular control. The Government and other vested interests, were against this popular movement. So the Sikhs had to undergo lots of hardship and terrible suffering in order to improve the administration of their religious shrines.

This popular movement gathered momentum with the Parchaar of the Akalis. Moreover, the democratic principles of the Sikh Religion, under the extravagance and immorality of the Mahants, the need for removal of untouchablity and the utilisation of Gurdwara funds for educational and charitable purposes, were responsible for its mass-appeal.

Perhaps, the first incident which focussed public attention on the need to improve the Gurdwara was the famous Rakab Ganj case in 1914. The Government had demolished a part of the Gurdwara wall for the purpose of road-making. The Sikhs had to start an agitation to oppose this; ultimately the Government had to yield to public opinion.

The establishment of the Sikh League in 1919 helped the Gurdwara Reform Movement. The Sikhs practised peaceful non-cooperation with the Government. They demanded popular control of the Golden Temple and the Khalsa College, Amritsar. The Government transferred the management of the Khalsa College to a Sikh Managing Committee. The Sikh conference held at Amritsar in 1920 appointed a Committee for the management of Sikh temples.

The tragedies of Nankana Sahib (1921) Panja Sahib, Guru-ka-Bagh and Jaito brought untold misery to the Sikhs. Ultimately the Panjab Government acceded to its demands and passed the Sikh Gurdwara Act on 6th July, 1925. Thus finally bringing Sikh temples under the control of elected representative. 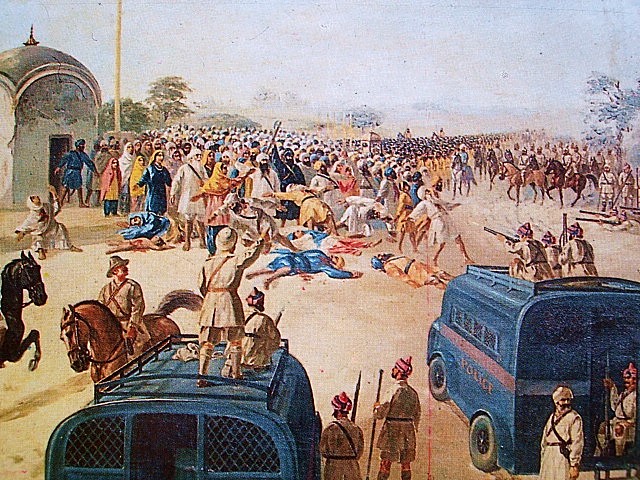 Sikhs protesting in the morcha of Jaito