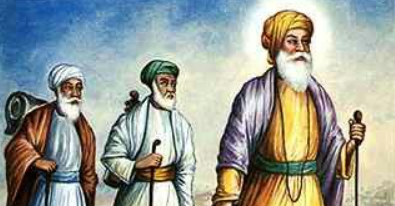 What do you know of Bhai Bala and whether he actually existed?

Among modern researchers, the identity of Bhai Bala is as controversial as is the authenticity of the Janam SÄkhÄ« ascribed to him. Bhai Gurdas Ji, in his 11th Vaar (ballad) has listed the names of prominent Sikhs contemporary of Guru Nanak Sahib Ji. While the name of Bhai Mardana Ji occurs near the top, there is no mention of Bhai Bala. However, owing to the popularity the last-named Janam SÄkhÄ« has attained and the fact that the 19th century chroniclers such as Bhai Santokh Siá¹…gh and Giani Gian Siá¹…gh have relied on it more than on any other, the name of Bhai Bala is firmly established in Sikh lore although historically there is little proof to support the existence of a life-long companion of GurÅ« NÄnak of such name. The only companion known of Guru Nanak Dev Ji, which Bhai Gurdas Ji mentions is only Bhai Mardana Ji.

Most historians agree that â€œBhai Bala Janamsakhiâ€ is the work of Hindalias (also known as Niranjanias), who were the bitter enemies of Sikhs. This sect played a very active role along with other Hindus in the extermination of Sikhs during the time of Zakria Khan and his minister Lakhpat Rai. Therefore, Bhai Bala was either a member of the Hindalia sect, or a fictitious character, not a companion of Guru Nanak Sahib Ji.

In regards to the authenticity and authorship of the Bhai Bala Janamsakhi, renowned Panthic historian, Dr. Karam Singh, writes in his book “Katik je Vaisaakh” on page 238:

“The contents of Bhai Bala’s Janamsakhi are clear. It is all in praise of Baba Handal and condemnation of Guru Nanak Dev. It is for this reason, the author of Bhai Bala’s Janamsakhi can be none else but a Niranjania. But there are two things to bear in mind: firstly, to consider Sri Kabir higher than Guru Nanak Dev, secondly, Handal claiming to be the Sikh Brother of the Guru in Treta Yuga. Many people think that the Janamsakhi of Bhai Bala, which contains much praise of Sri Kabir, is a trick of the Kabir Panthis. But this is not true. In the Janamsakhi of Niranjanias, it has been clearly admitted that Kabir was the greatest of all the Bhagats, except for Baba Handal. Therefore, to suspect that the Kabir Pathis had their hand in it, is a baseless argument. The second point is all the more surprising. In this Janamsakhi, it is written that in Treta Yuga, the Guru was a servant of Raja Janak, used to worship images and tells lies. But in this account it has been stated that in Treta Yuga, the Guru and Handal were Sikh Brothers and both were the Masands of Raja Janak. From this it is clear that those who had written this Janamsakhi, never realised their mistake. The author of the Janam sakhi tied up both the ends one (Handal) was raised sky high and the other (Guru Nanak Dev) according to their mean thoughts, lowered to greatest depth of the underworld.”

An excellent overview of the subject matter is given in Prof Sahib Singhs book, “Aad Bir Baarai”. There is an English translation available to read. This book discusses a large number of the false stories, banis, compositions, and myths that have been associated with the Sikh Gurus and employs a very calm natured, clear and direct, scientific approach to analyzing each of them. After reading the book there should be no doubt as to the origin, motive and authenticity of all these fake, spurious additions to Sikh history.