What are the five main vices?

Each religion has its own set of vices which its followers are enjoined to avoid. In Christianity, there are seven deadly sins. Sikhi, regards as sin any wilful disobedience of God’s law or principle of natural morality. Sin is a defiance of the Moral Law.

In order to avoid vice, we must be able to recognize vice itself than develop the will to overcome it. In Sikhi, there are five cardinal vices: Kaam (Lust), Krodh (Anger), Lobh (Greed), Moh (Worldly attachment), Ahankaar (Ego). These are the great enemies of man and cause much suffering. While they reside in the human body, how can the Name of God find a place in it.

Lust is sinful and produces nothing but shame and misery. Sikhi allows the householder normal, marital sex but any other indulgence is forbidden. Both promiscuity and sex perversion are absolutely forbidden.

Anger is an excitement of the mind which leads to quarrels and violence. Anger is overcome by patience and forgiveness. God dwells in every human heart, so one should not hurt the God in another man.

Greed is the desire for wealth or the love of gain. Money rightly used and earned by honest labour, is permitted. What is objected to, is an excessive love of money – especially money obtained by fraud or other unfair means. Avarice can be overcome by contentment. All too often excessive wealth creates an ongoing desire for luxury and the admission to vice.

Attachment is the excessive love of a wife, children or material goods. Regard your near and dear ones as objects of trust and service. They cannot remain yours for long. Any earthly love can only ever be transient.

Ego is the worst of the five vices. It implies conceit, vanity, jealousy or arrogance. It is the Ego, thinking aloud. The remedy for pride is humility. Humility, forgiveness and compassion go together. The true Sikh regards himself as being the dust of the feet of other people.

With the Guru’s grace, these five vices may be turned into the humble servants of a devotee. Instead of their controlling the individual, they may do him service at his bidding. 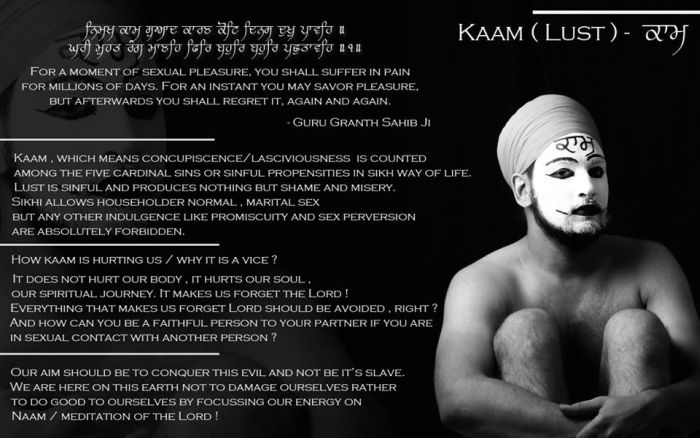 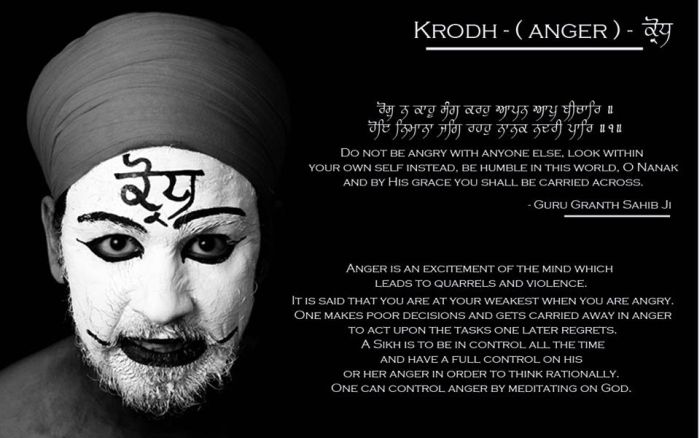 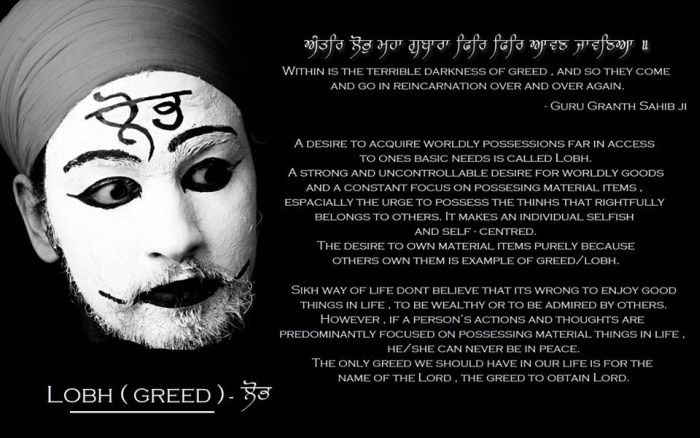 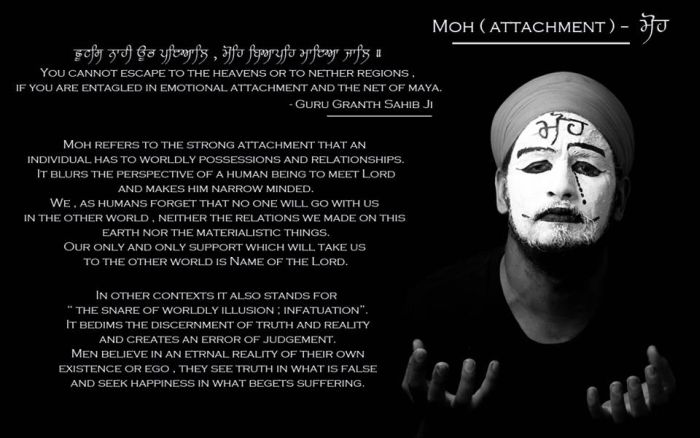 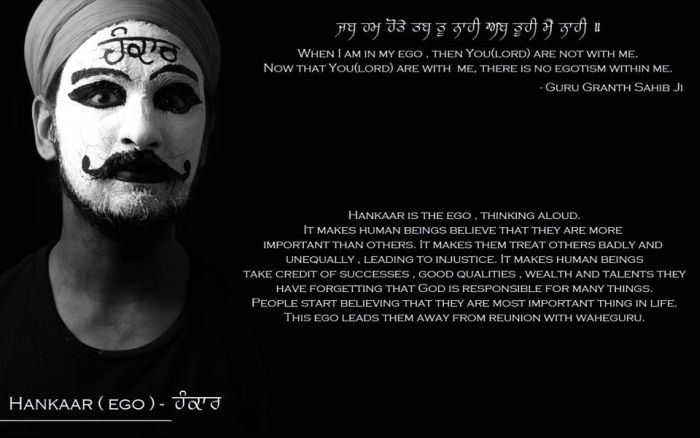