The Sikh festivals are based in accordance to the Sikh Calendar, called the ‘Nanakshahi Calendar.’ The calendar is aligned to the Gregorian calendar. There are two broad categories of festival; (i) Gurpurbs (the celebration of the birth, accession of Guruship, and martyrdom of the Gurus); (ii) and festivals that mark important events in Sikh history. There are also local festivals like Maghi (celebrated at Mukatsar in Panjab) Holla Mahalla (celebrated at Anandpur and Fatehgarh Sahib).

Gurpurbs are part and parcel of Sikhism. In history we see that the Sikhs have to sacrifice even their lives in order to celebrate the Gurpurbs. Whether it is Diwali (Bandi Chhor Diwas), Vaisakhi (Khalsa Sajna Diwas), or Martyrdom day of Guru Arjan Sahib (Shaheedi Diwas), Sikhs gather and remember their Gurus & pay homage to the great Martyrs.

The birth-day celebrations & Gurpurbs of Guru Sahibs usually last for three days. Generally before the birthday-date Sri Guru Granth Sahib Ji is read from start to end at the Gurdwara. This done either continuously without interruption (known as “Akhand Paath”) or slow completion throughout a set number of days or weeks (known as “Sehaj Paath”). In larger cities or where there is a large Sikh population, a large procession (Nagar Keertan) is organised either before the birthday or on the actual day. This is led by the Panj Singhs (5 initiated Sikhs) that includes congregation singing hymns and Sikhs displaying their faith in glory with warmth and colour to the public. Youngsters will often perform Gatka (Sikh martial arts) display and the Sikh community serves food & drinks to the general public whilst singing hymns in praise of God throughout the city.

On the Gurpurab day, the Divaan (Guru’s Court) begins early in morning at about 4 or 5 am with the singing of Asa-ki-Vaar and hymns from Sri Guru Granth Sahib Ji. Most usually it is followed by Kathaa (discourse), religious and Sikh history lectures and recitation of poems in praise of the Guru and God. Kirtan-Darbaars (singing of sacred hymns through musical instruments) and Amrit Sanchaars (initiation ceremonies) are also held in the Gurdwara. After Ardaas (standing congregational prayer) and distribution of Karah Parshad (sweet pudding) the Langar (Free communal food) is served to one and all and there is kirtan till late in the night, the distribution of langar continues to the end of the programme.

All the Gurpurbs are celebrated with great fervour & enthusiasm by the Sikhs throughout the world. Below is an account of the popularly known & widely celebrated Sikh festivals:

HOLLA MOHALLA (February/March)
This festival coincides with the Hindu festival of Holi. This is a festival celebrating the martial tradition of the Sikh Nation and People.

VAISAKHI or NEW YEAR (April 14th)
The New Year, also celebrates the day in 1699 on which Guru Gobind Singh Ji, the Tenth Master, gathered together his followers and invested guruship to democratic Sikh Nation known as the Khalsa, manifesting and completing the development of the Sikh religion and people.

BANDI CHHOR DIWAS (popularly known as DIWALI) (October/November)
This festival coincides with Diwali. It celebrates of the return of the Guru Hargobind Sahib Ji, the Sixth Nanak, from detention in the Gwalior Fort with 52 kings. The festival celebrates deliverance from hardship and sacrificing one’s own freedom to free others. 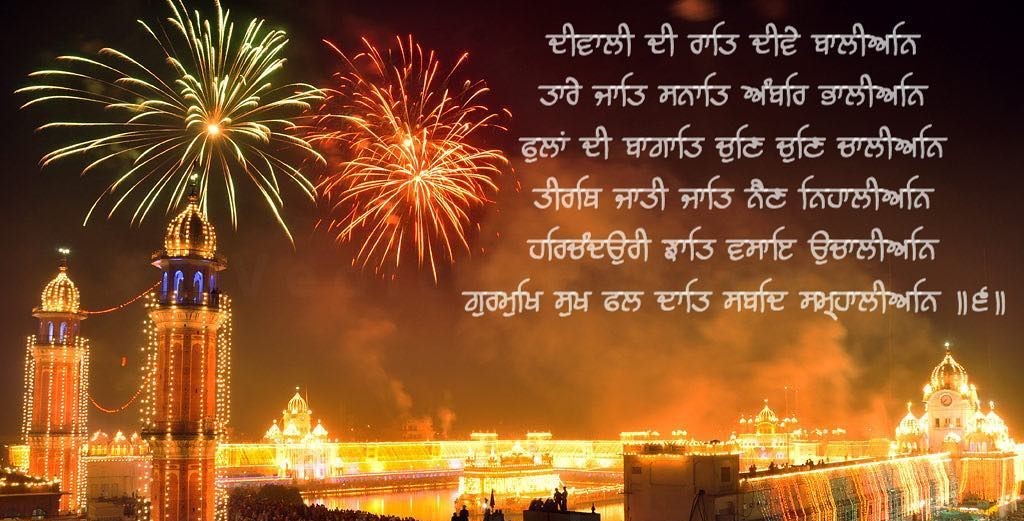